An advertising campaign created for the 2019 LSAD Graduate Show, which had to incorporate the concept of uniqueness and individuality of the many graduates.

The graduate show in Limerick School of Art and Design is an annual event, which calls for effective branding and advertising to promote the event and the artists & designers who participate in it.

Singularity is one's unique quality; being one of a kind. Individuality in LSAD is a prevalent feature and each student's uniqueness is the greatest attribute they have. While being so different from each other, they also share some commonalities, such as fingerprints. Fingerprints are unique, and they also methaphorically symbolise the mark students leave behind through their work.

As the concept was developed, the pattern does not directly resemble a fingerprint, it is rather an abstract representation of the repetitiveness of the fingerprint features and the repetitive process of which each student's work goes through. 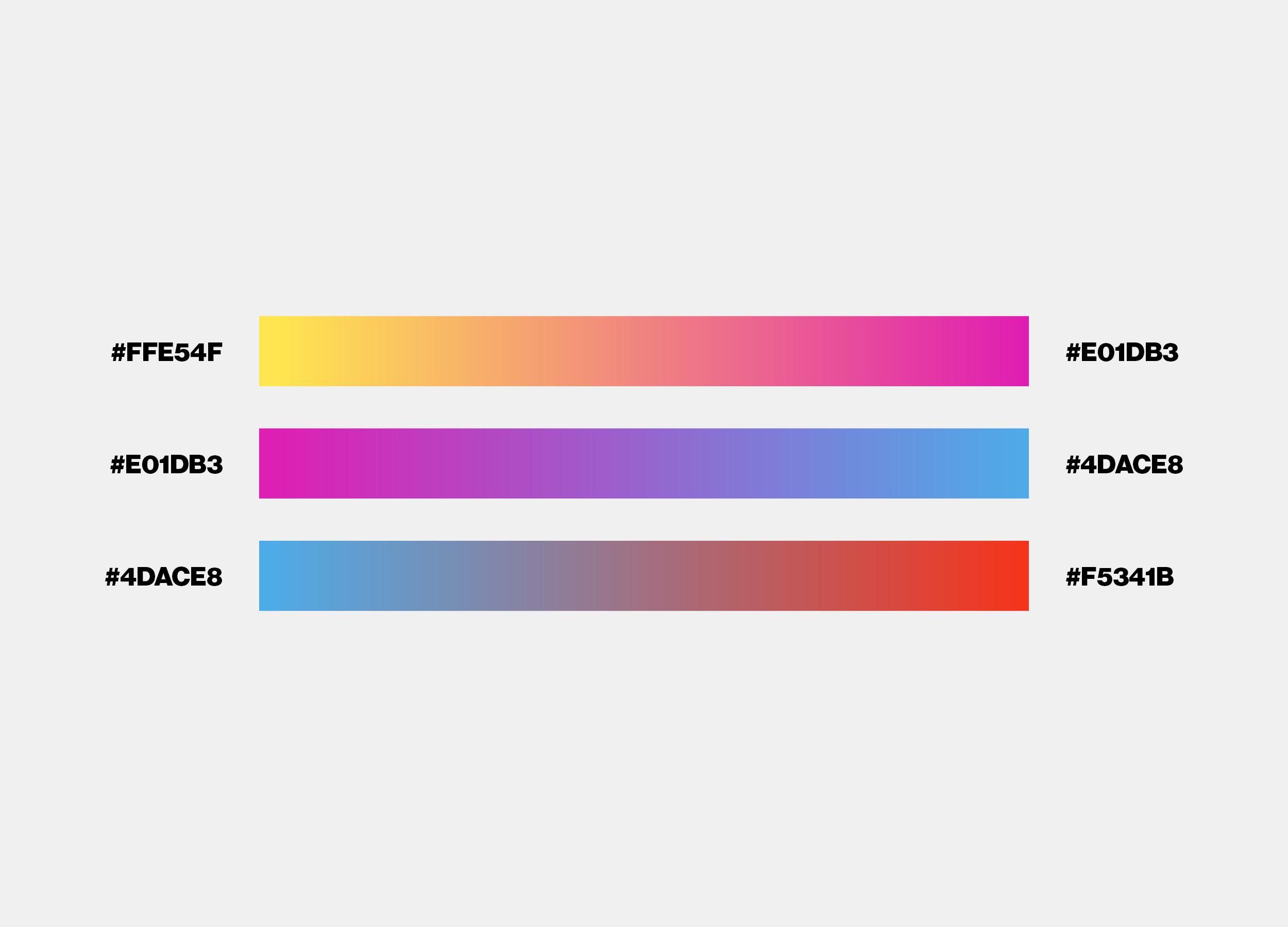 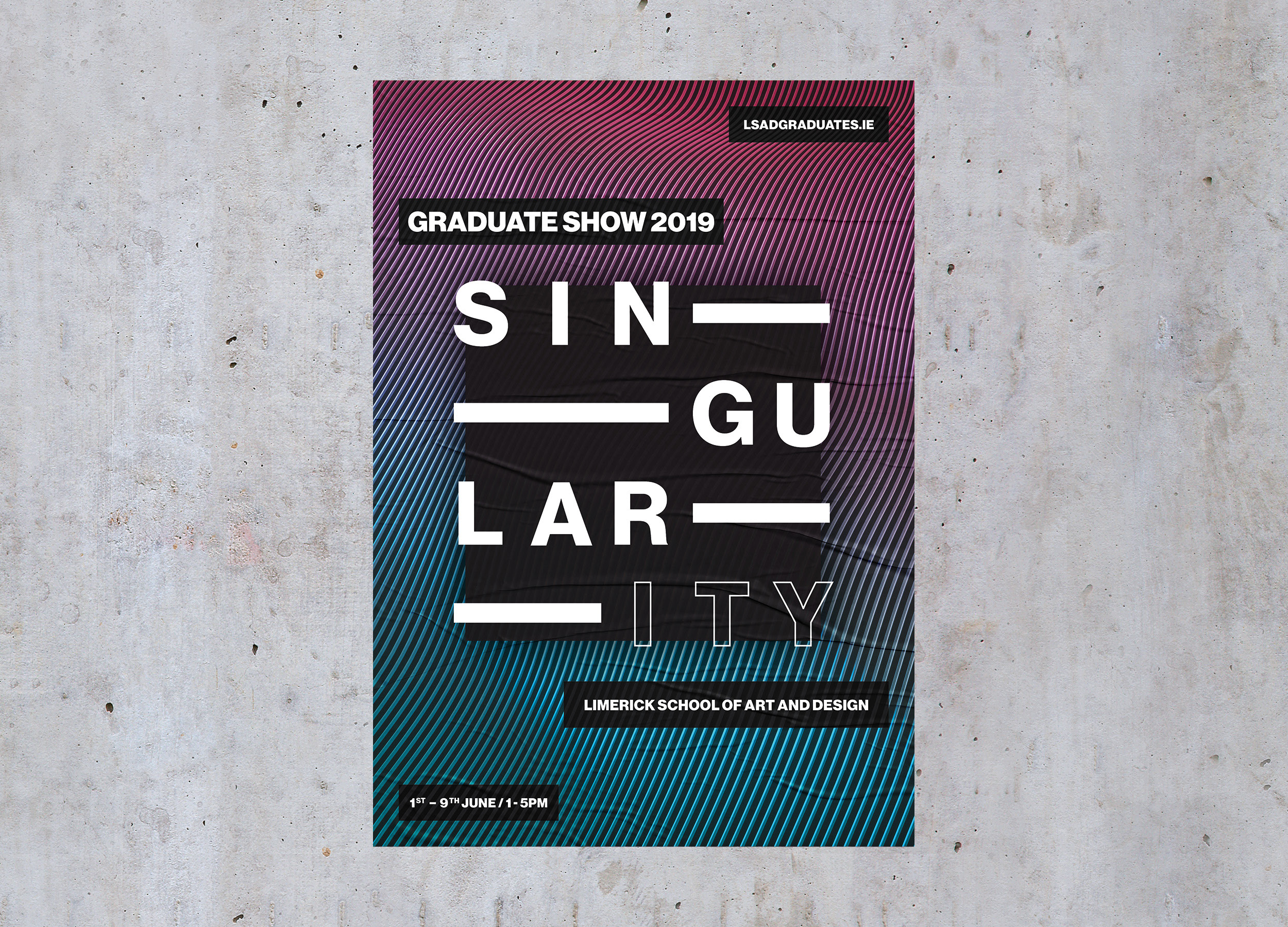 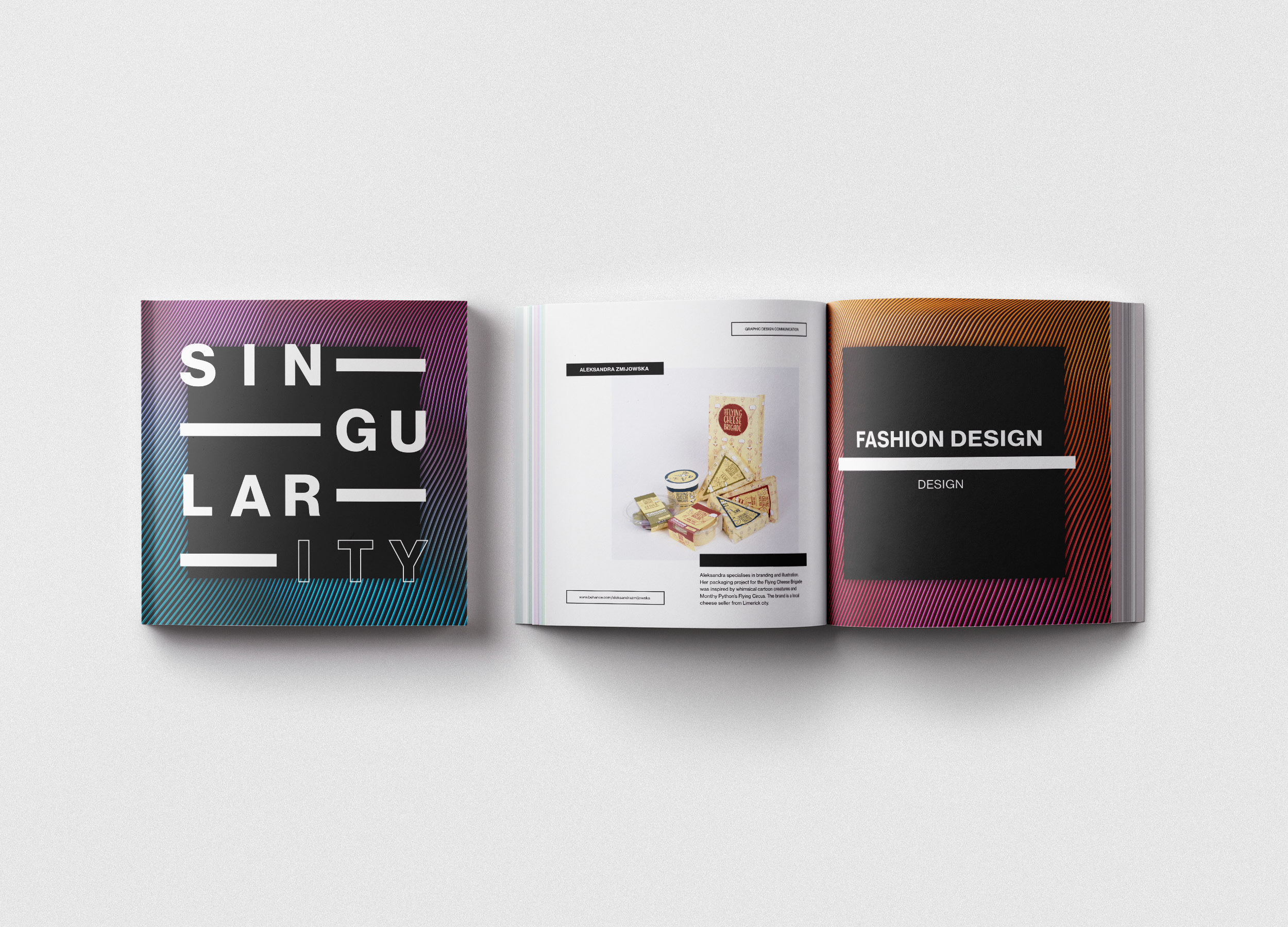 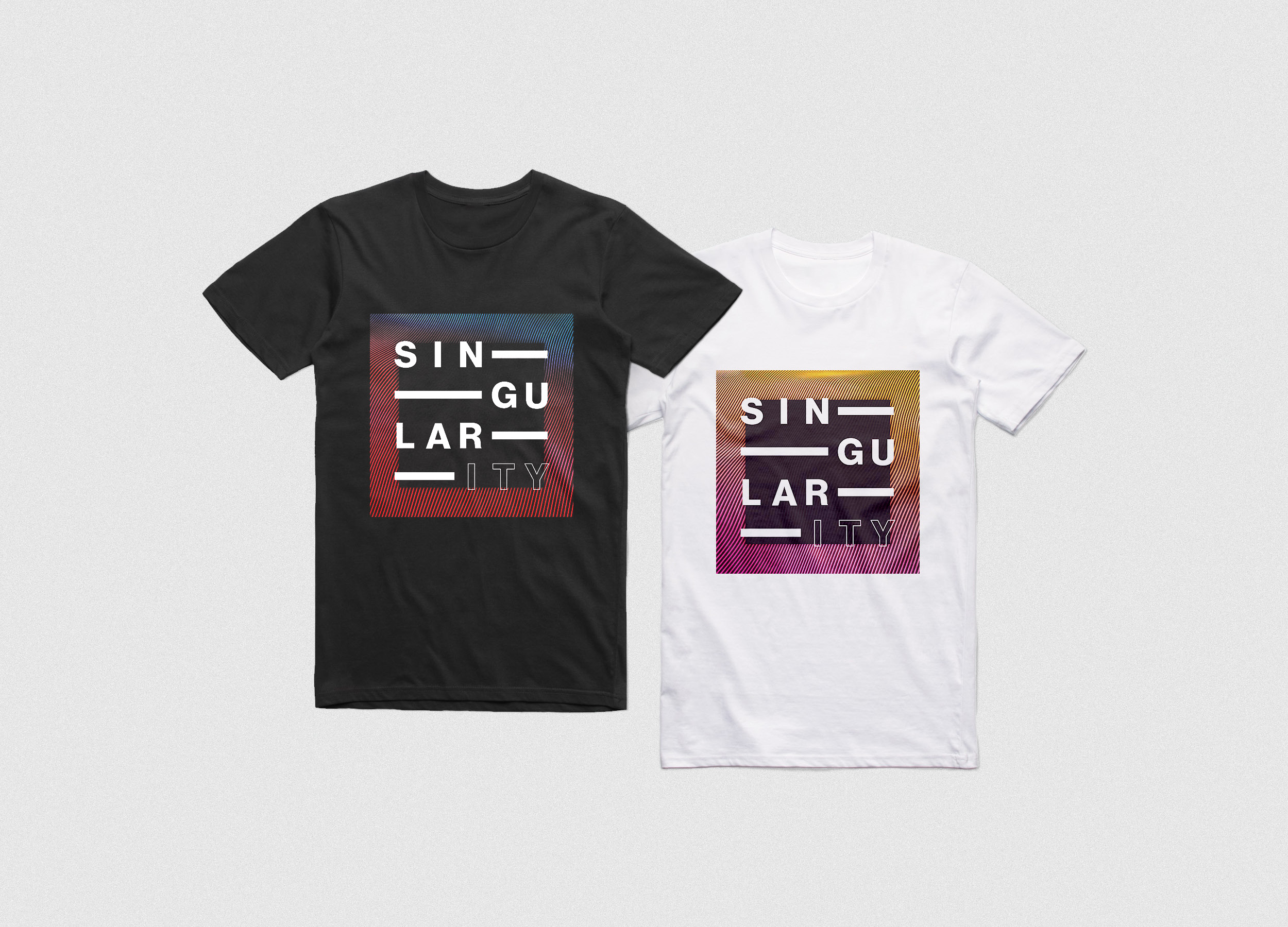